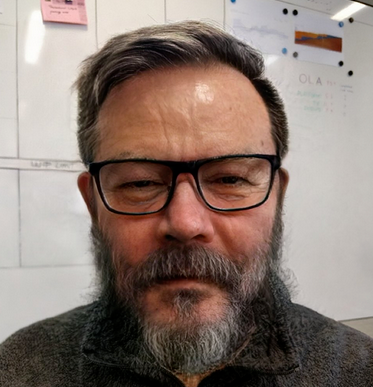 Disclaimer: I do not work for Hashicorp

Today, the world is a different place compared to five years ago. Distributed job schedulers are a common thing and in particular, the world has fallen in love with Kubernetes - the winner of today’s distributed cluster scheduler war. Kubernetes and its software infrastructure ecosystem is evolving at an enormous pace; I doubt there will be another scheduler to replace Kubernetes for the near future. If you would like to learn more about Kubernetes, I recommend downloading minikube and giving it a whirl; There’s a lot to love about Kubernetes and the basis of its model Borg. In this post, I would like to switch the context to something a little different as I feel the container scheduler market is a bit unevenly distributed and if I may hazard a guess, many of my fellow engineers are probably not aware of other tools in this space. So, let’s talk about Nomad; a really well thought out piece of cluster scheduler from Hashicorp.

I have spoken to few folks that describe any particular piece of software from Hashicorp as being but-i-need-to-buy-into-the-entire-Hashistack-ecosystem to get the benefits; I think their concern is warranted. It’s quite true that a lot of the Hashicorp products (enterprise or otherwise) works extremely well when used in concert. However, their open-source offering can also be used as a standalone tool without a need to integrate with the rest of their stacks. Many shops today already use Terraform for infrastructure deployment, Consul as a generic service discovery layer and Packer for provisioning VM images. They all work quite well independently as well.

As with many other cluster schedulers, Nomad is a single binary cluster orchestrator/scheduler with support for many different types of driver backend. There are two operating modes in the nomad binary - a master and a worker. Cluster can scale up to support lots of workers on a scale-out basis with each of these node allocated jobs by the master node.

When Nomad service is brought up, it fingerprints the host it is running on - to gather system details such as the number of cores, size of memory available, disk space and network speed. It then later uses these fingerprinted data amongst others to make an informed decision on how to allocate resources for tasks on the worker nodes.

Here are few of the things that Nomad is really good at. Nomad aims to cater for a subset of what Kubernetes provides - the deployment scheduler with an excellent bin-packing of workload on the cluster; But, where it differentiates itself from other schedulers in the market is its large number of support for different driver backend. It can run not only Docker containers but anything from single Fork/Raw Exec binaries, Java applications, QeMU VM images, rkt containers, LXC containers and more (they aim to make it extensible for any driver backend). The driver backend LXC is still experimental as of version 0.8 but you can clearly see the number of available options. Nomad gives users the opportunity to deploy in many different format and runtime.

A unit of deployment in Nomad is described declaratively using job which comprises of group(s) and task(s) stanza. A jobspec is developed using Hashicorp Configuration Language; a rather easy to comprehend moving piece. Jobs defined using jobspec can be planned, created, auto-scaled, rolling updated, canary deployed and destroyed with trivial amount of work.

To give a bit more context, below is a simple jobspec for Fabio.

Nomad supports job constraints out of the box. When jobs are allocated but yet to be scheduled to a node, Nomad tries to match the constraints provided in the jobspec to a worker node. If it can be satisfied, the job is scheduled for deployment and go operational on the node. Below is a simple job constraint definition:

Nomad provides different guarantees around the type of schedulers used. As of version 0.8, it has three types of schedulers:

You May Also Enjoy